Shana Young
Interim State Superintendent of Education
-A +A 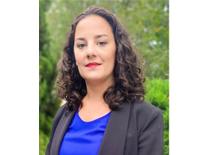 Shana Young is the Interim Superintendent of the Office of the State Superintendent of Education (OSSE), which is the state education agency for the District of Columbia, with a +$700 million budget and more than 1,500 employees. Prior to serving as interim, she was chief of staff. In that role, she led strategy, policy, talent and communications, and oversaw the general counsel’s office. In her five-year tenure at the agency, Young led the development and implementation of K-12 state education policies to drive student improvement and improve outcomes for children and families, including in areas such as serving students with disabilities, accountability and data and school finance. She also supported efforts to improve early childhood education for DC families, and helped lead the design of the DC School Report Card and STAR Framework, a groundbreaking state-wide school accountability system with multiple measures of outcomes and growth.

Young previously served as chief of staff of the Delaware Department of Education, and also for the department’s Teacher & Leader Effectiveness Unit. In these roles, she led policy, communications and legislation, and helped implement a broad portfolio of talent programs and initiatives. Prior to serving in Delaware, she worked at New Leaders, Inc. in a number of roles, including in a managing director capacity for the DC program and as National Director of Client Relations and Program Management. As national director, she worked with several school districts on consulting projects including analysis and redesign of district talent pipelines. Young has experience in higher education from her work at Southeastern University, where she led community and external relations for the school, which served a largely at-risk population. Young holds a bachelor’s degree in American Studies from Yale University.